Mumps is very easy to catch. Immunisation given on time is the only way to prevent mumps.

Mumps is a viral illness which can be serious. It spreads very easily from one person to another. 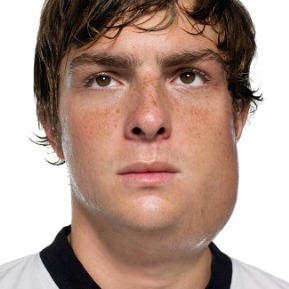 Can I do anything to prevent my child catching mumps?

Immunisation is the only way to prevent mumps.​

Immunising your child on time is the only way to prevent mumps.

Your child can have MMR as part of the free National Immunisation Schedule at 12 and 15 months of age.

If you're unsure about whether your child has had MMR immunisation, or you can't find your records, you can check with your Well Child Tamariki Ora provider or Well Child book, or contact your family doctor.

How effective is immunisation against mumps?

Usually, children have the first dose of MMR at 12 months because MMR immunisation does not work as well in infants under 12 months.

A small number of people who have had MMR immunisation will still catch mumps. But, they're less likely to get serious complications from the illness.

Who should have MMR immunisation?

Children usually have 2 doses of MMR. From 1 October 2020, children will have their first dose at 12 months of age and a second dose at 15 months of age.

Adults who lack evidence of immunity to mumps should also have MMR immunisation.

People with an allergy to egg CAN have MMR immunisation.

Who should not have MMR immunisation?

The following people should not have MMR immunisation:

Delay MMR if your child has a sudden severe illness with high fever (over 38 degrees Celsius). The presence of a minor infection is not a reason to delay immunisation.

If you find out you are pregnant after having MMR immunisation, talk to your family doctor. But, research has found no injury to the unborn child when women have had MMR immunisation without realising they were pregnant.

Who should seek more advice before having MMR?

How safe is MMR?

The risk of MMR causing serious harm is extremely rare. MMR is considerably safer than getting mumps. See Mumps complications vs side effects of MMR immunisation.

Can MMR cause autism?

Extensive research shows there is no evidence that MMR causes autism, Crohn's disease or ADHD.

For more information, see the following:

Does MMR contain thiomersal (or mercury)?

More on this topic

Mumps Complications Vs Side Effects Of MMR Immunisation

The risk of MMR immunisation causing serious harm is extremely rare. MMR is considerably safer than getting mumps. Check out a comparison of the effects of mumps with responses to MMR immunisation.

Information from the Auckland Regional Health Service on mumps including resources for the public, educational institutions, healthcare workers and health professionals.

The National Immunisation Schedule is the series of immunisations that are offered free to babies, children and adolescents (and adults). The schedule lists the immunisations and the ages your child has them.

The section on mumps in the Ministry of Health's 2020 handbook provides detailed information for health professionals and may be of interest to those parents who want more comprehensive information.

For questions on immunisation, vaccination-preventable diseases or a specific vaccine, you can contact the Immunisation Advisory Centre. Call free on 0800 IMMUNE (0800 466863), weekdays 9am-4.30 pm.

© The Paediatric Society of New Zealand and Starship Foundation 2005 - 2022
Printed on 29 June 2022. Content is regularly updated so please refer to www.kidshealth.org.nz for the most up-to-date version