Alcohol is our most common recreational drug. Those under 15 years of age are at the greatest risk of harm from drinking, and not drinking in this age group is especially important.

Key points to remember about alcohol and young people

Is it really a problem if my teen drinks alcohol?

It's important to start talking about alcohol and other drugs with your teen from an early age.

Alcohol is a huge part of kiwi culture and it would be hard to find any social gathering where alcohol does not play a significant role. Our kids see adults drinking alcohol (often in excess) at christenings, weddings, funerals, birthday parties and dinner parties. Is it any wonder that they regard alcohol as important to their gatherings and celebrations as well?

As a parent, you have a major influence on your teenager's drinking behaviour and you can help prevent them from drinking alcohol or from its harmful use. Your influence on their attitudes and decisions about alcohol is greatest before they start drinking.

Alcohol affects young people differently to adults because they are still developing.

Being such a common product it is easy to forget that alcohol is also a depressant drug that may cause serious side effects, particularly for young people. While small amounts of alcohol may be social and fun - larger amounts can be dangerous and even fatal.

Alcohol affects young people differently to adults because they are still developing - physically, mentally, and emotionally. It affects the brain's ability to function efficiently and perform complex tasks such as driving, operating machines etc. This is particularly important for teenagers while they learn some of these tasks.

What can happen if my teen starts drinking at a young age?

Young people often feel pressure to start drinking socially but the earlier they start the greater the chance of problems later. Research has found that young people who started drinking alcohol before the age of 14 were more than 5 times more likely to have problems with alcohol addiction or abuse, compared to those who first used alcohol at age 21 or older.

Those under 15 years of age are at the greatest risk of harm from drinking, and not drinking in this age groups is especially important. It is best not to supply alcohol to young people under 18.

For more information about teens and alcohol, see Alcohol facts and Alcohol guidelines.

What is the legal age for buying and drinking alcohol in New Zealand?

The minimum legal age for purchasing alcohol in New Zealand is currently 18 years, but there is no legal drinking age in this country. It is, however, illegal for anyone under the age of 18 years (a minor) to buy alcohol. Under the new Sale and Supply of Alcohol Act 2012, it is also illegal to supply alcohol to a person under 18 years of age unless:

Parents are encouraged to talk with other parents about alcohol and their kids. As 'a person' who has been given express consent to supply alcohol, (for example, a parent who is organising an occasion), consider responsible supply and hosting practices such as food provision, non alcoholic options, the strength of alcohol supplied, arrangement for transport and the nature of the occasion. (See Parties for more ideas).

How much can young drivers drink before driving in New Zealand?

Drivers under 20 years of age are subject to a zero alcohol level.

Drivers under 20 years of age are subject to a zero alcohol level. This means they must not drink any alcohol or they face serious penalties. For young drivers the task of driving is more demanding than for experienced drivers. Alcohol reduces your ability to pay attention when you are driving - even when you have had only a little to drink. As young drivers have to spend more of their attention to the driving task than experienced drivers, the effect of alcohol on their driving performance is greater.

What steps should I take if I choose to supply young people with alcohol?

To minimise the risk of harm to young people aged 15 to 17, it is best not to supply alcoholic drinks with a combined total of more than 2 standard drinks. In practice, this means just 2 regular sized cans of beer (4 percent) or premixed spirit (5 percent).

You could also provide lower strength products instead, such as 'light beers' of 2.5 percent alcohol or less. This means you could supply no more than 4 regular size cans or bottles under the current guidelines.

There are also a number of non-alcoholic beers on the market that are commonly available through supermarkets and liquor outlets. Parents can supply these in moderation with little risk of harm due to their minimal alcohol content.

Is binge drinking a problem for young people in New Zealand?

Binge drinking is one of the most dangerous types of drinking.

This is one of the most dangerous types of drinking and one of the most common in New Zealand. It is classed as drinking more than 5 standard drinks per occasion (usually a 4 hour period). It also refers to the rate of drinking - that is - consuming drinks in quick succession.

It is also sometimes called 'drinking to get drunk' or 'preloading' which means people drink to get drunk before they go out on the town or to a party. In New Zealand nearly half of drinkers aged 12 to 24 usually drink more than 4 standard drinks on a single occasion, at least doubling their risk of injury in the 6 hours after drinking.

The main risks to young people from drinking too much include being involved in violence, other crimes, sexual assaults, unprotected sex, accidental injury, and alcohol poisoning (which can cause death).

What can go wrong if my teen drinks too much alcohol?

In recent years there have been a growing number of young people who have died because they drank too much alcohol. As a result, an Auckland coroner1 commented that parents and caregivers should be aware of the following facts.

At very high levels, alcohol can cause a person to become unconscious

As a result, that person has less control of their breathing and is in danger of their airway becoming blocked. That person may also throw up and breathe in the vomit and die as a result.

If your teenager becomes unconscious, place them in the recovery position.

If a person becomes unconscious due to the effects of alcohol, the safest first aid treatment is dialling 111

The safest treatment is dialing 111 within New Zealand (use the appropriate emergency number in other countries), and ask for an ambulance. If an ambulance is not available someone will need to keep watch over the unconscious person until they have recovered.

If you drink 250mls (quarter of a 1 litre bottle) or more of 40 percent spirits over 30 to 60 minutes, you may have consumed a potentially fatal dose of alcohol without feeling drunk.

If you then become unconscious, you will need medical assistance immediately.

Drinking just 250ml of spirits in a short period can kill a teenager. 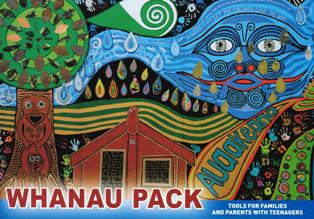 The Paediatric Society of New Zealand and Starship Foundation are very grateful to Northland District Health Board (NDHB) for permission to reproduce this content from the Whānau pack: Tools for families and parents with teenagers (PDF, 4.16MB).

Copyright
NDHB own the copyright in this material and it must not be copied or reproduced except as expressly permitted by NDHB.

The Werry Centre for child and adolescent mental health provides a range of information for family, whānau and young people. See their handouts:

Alcohol and your kids - what can you do? (HPA)

A Health Promotion Agency (HPA) booklet for parents and caregivers with helpful information and advice about alcohol and teenagers. It includes:

The Drug Foundation has a variety of resources to help parents talk to their teens about alcohol and drugs. Their website has videos and infographics in English, Samoan, Tongan, te reo Māori and Chinese.

© The Paediatric Society of New Zealand and Starship Foundation 2005 - 2021
Printed on 27 October 2021. Content is regularly updated so please refer to www.kidshealth.org.nz for the most up-to-date version